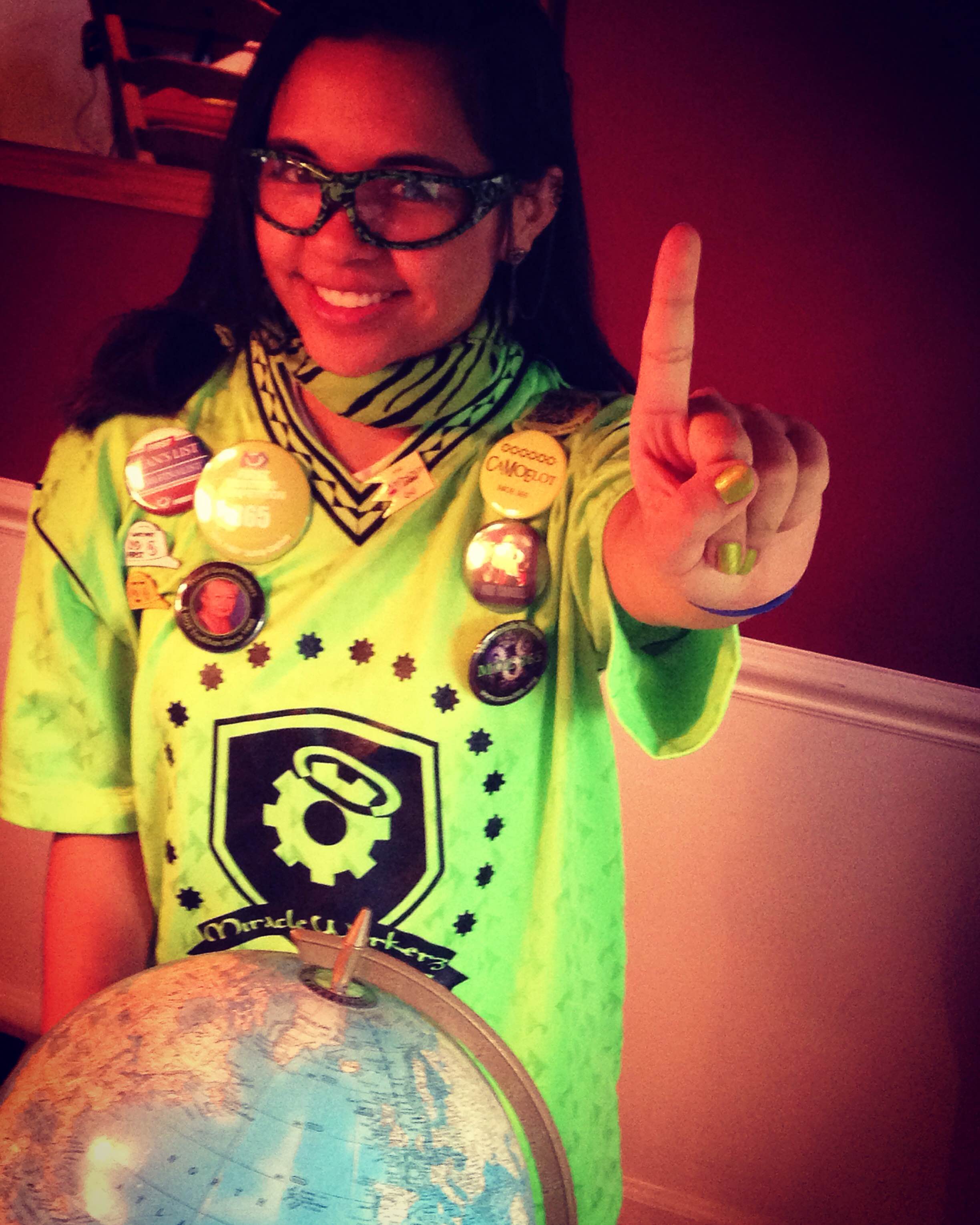 Countdown till Worlds: TOMORROW! Make sure to bring your spirit to cheer your team to victory! Have fun and be safe, everyone! GO MOE! 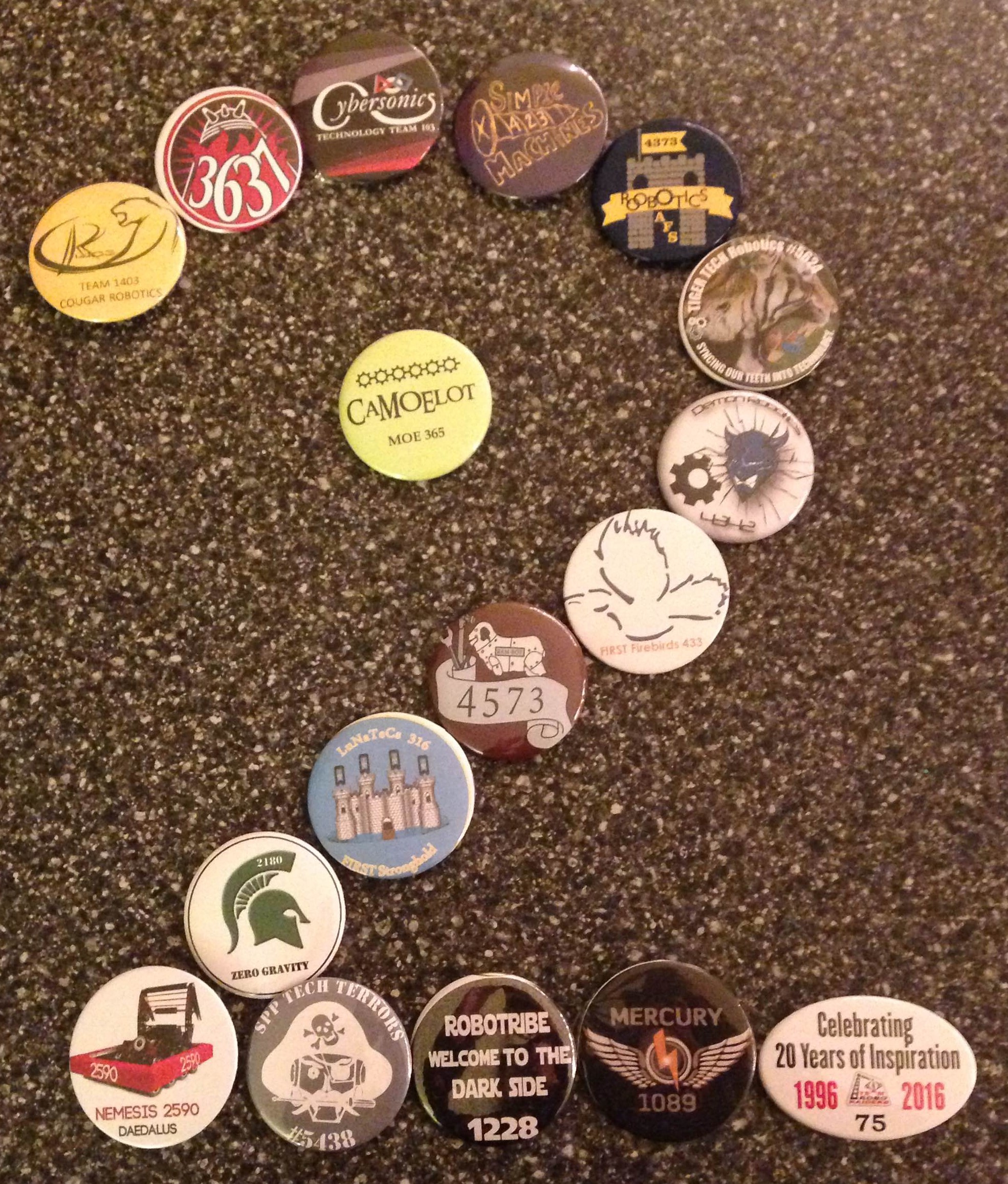 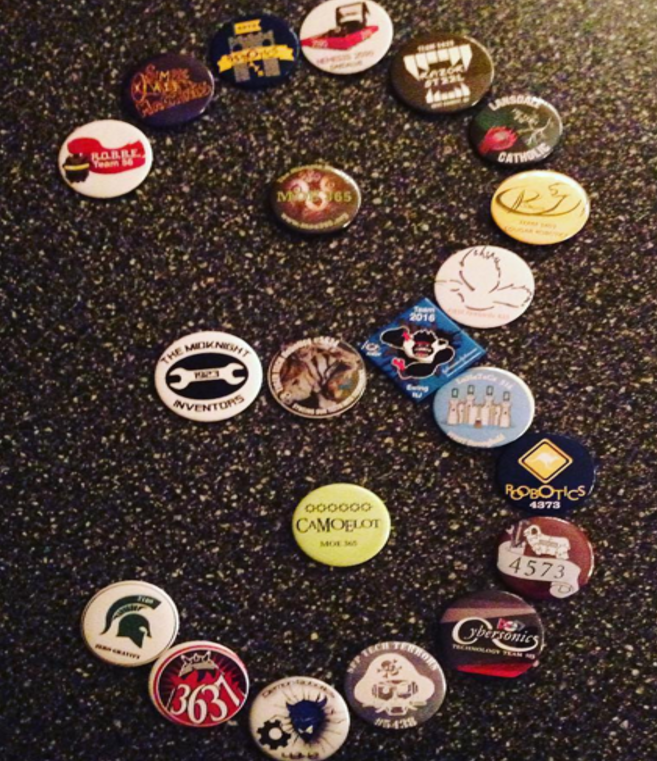 Countdown to St. Louis: 3 more days! All of MOE’s and the other teams’ that we are helping out materials have been loaded into the truck and are making their way to Missouri thanks to mentor Bob Dudek! Time for the suitcases! GO MOE! 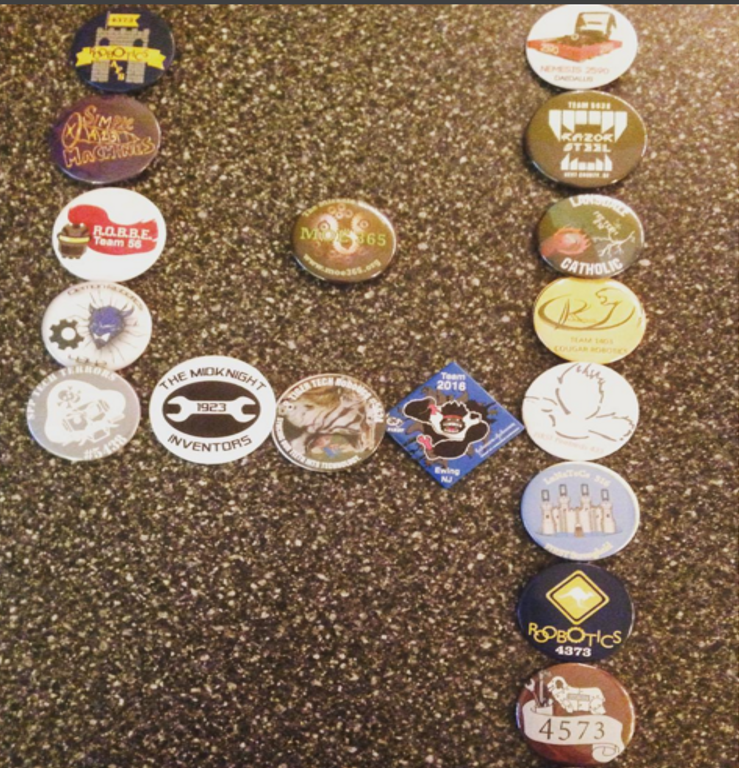 Countdown to St. Louis: 4 more days! Stoked to be a part of the Galileo alliance again this year! Can’t wait to rack up points with these great teams! GO MOE! 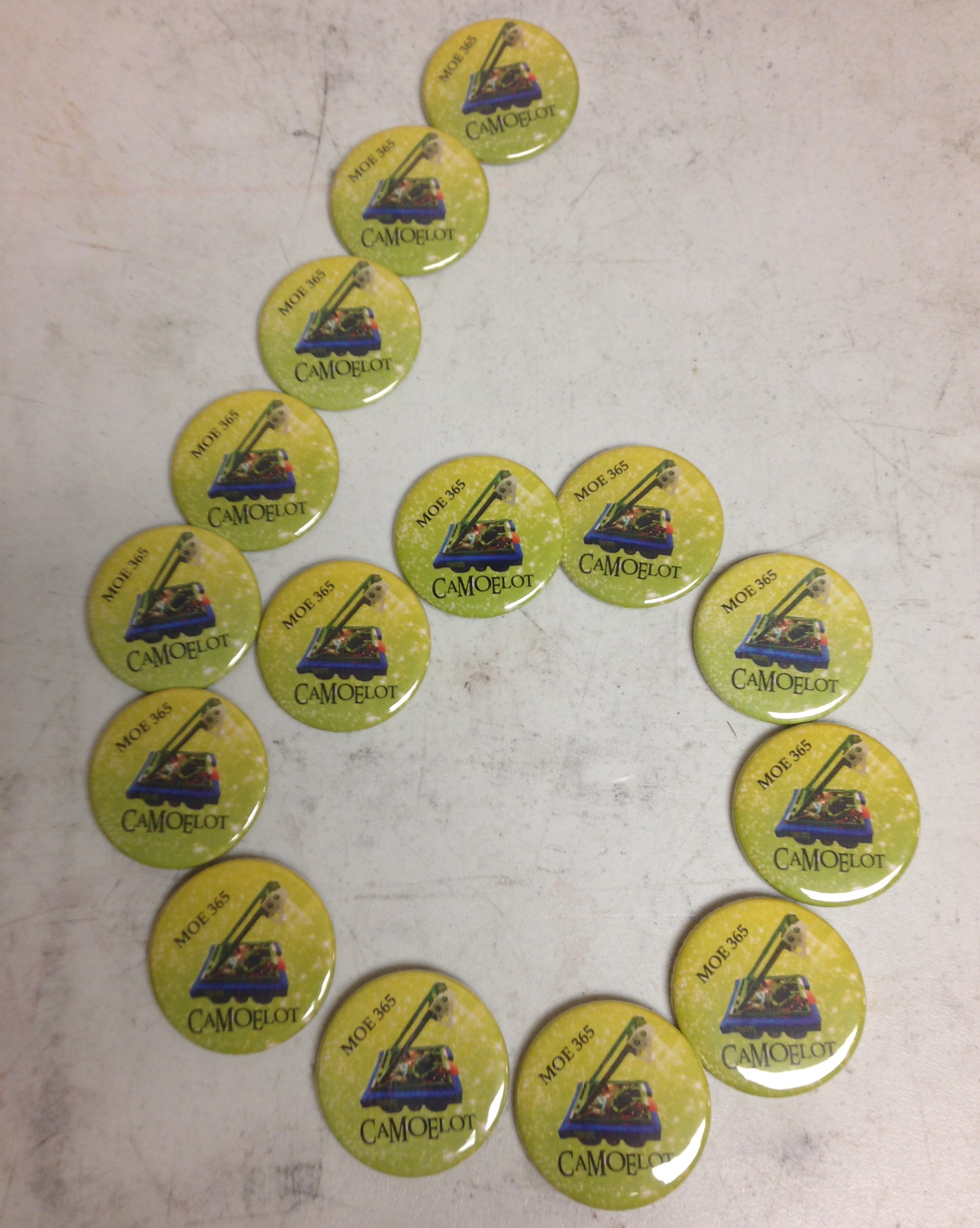 World champs approach even closer as the teams scramble to sort out traveling! Be safe and double check payments and flight times. GO MOE! 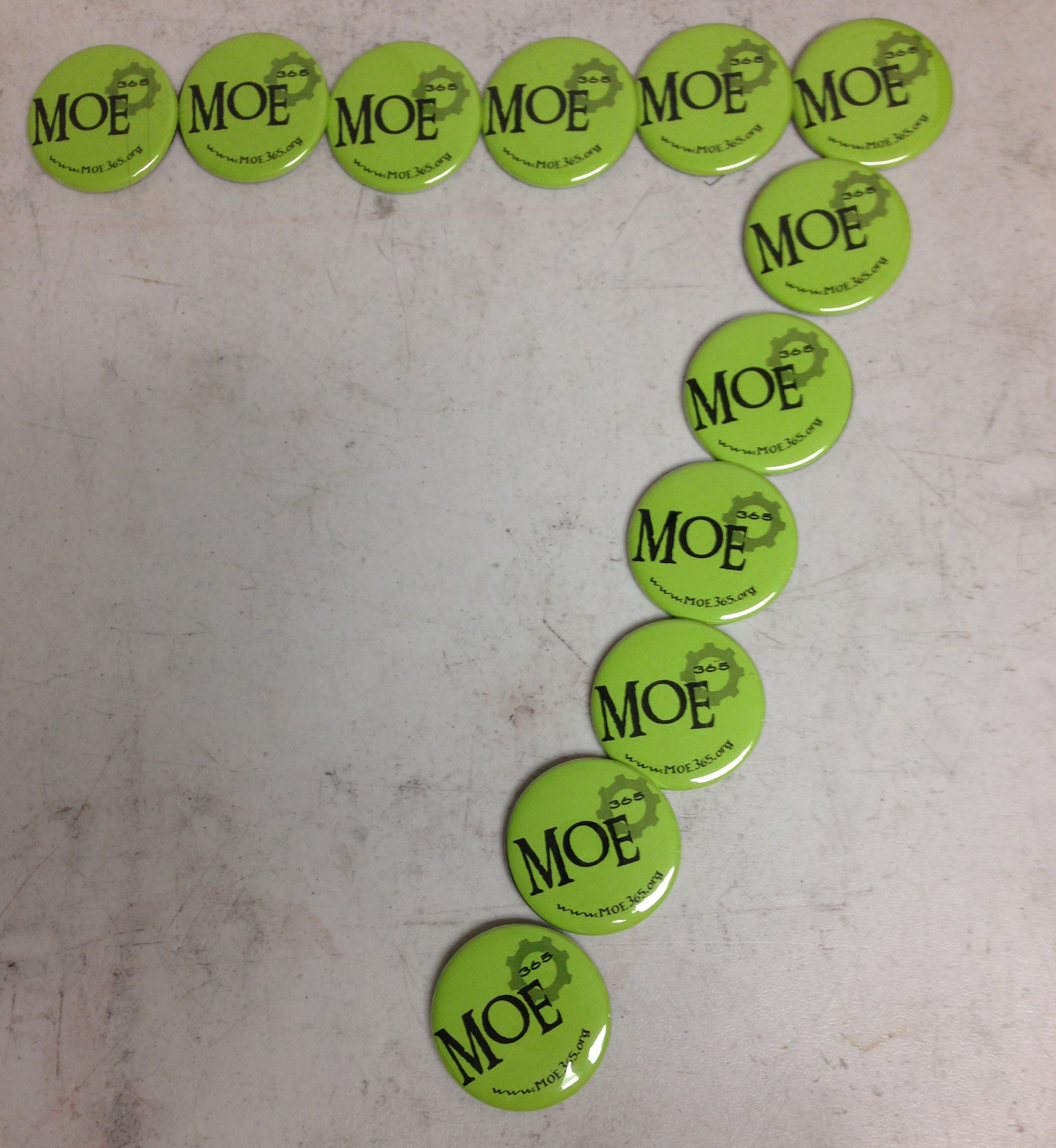 The countdown begins as championships in St. Louis sneaks closer! The teams have a week to rush and get the robot ready for the ultimate test. Good luck everyone and GO MOE!

While in Lehigh, MOE 365 ended with a 7-5 record, though we played with vigor. MOE was fortunate to collaborate with team 2590 – Nemesis as the 8th alliance captain and the second pick 1219 – Vulcan Robotics. Together we challenged the #1 alliance three times during the quarterfinals before we lost. We had many restarted matches and our arm was giving us trouble, but we did not let that shake our confidence. We kept the scores close for match one, set a high score (at the time) in match 2 of 192 points, but the challenges of the Stronghold game can be difficult for even the best robots. We certainly didn’t return empty handed! MOE received a Xerox Creativity Award for our scaling mechanism, Carol Perrotto was recognized with the Woodie Flowers Finalist Award for outstanding mentor, and Josh Gross was recognized as one of four finalists from the MAR District to compete for the top student “Dean’s List” Awards at the World Championship. Also, we got a big THANK YOU award from Team 4342, Demon Robotics from Kennett Square, for sharing/teaching our scoring strategy. We also unveiled our MOE-jan Rabbit cart and robot cozy and got lots of attention. Shoutout to Brian West! 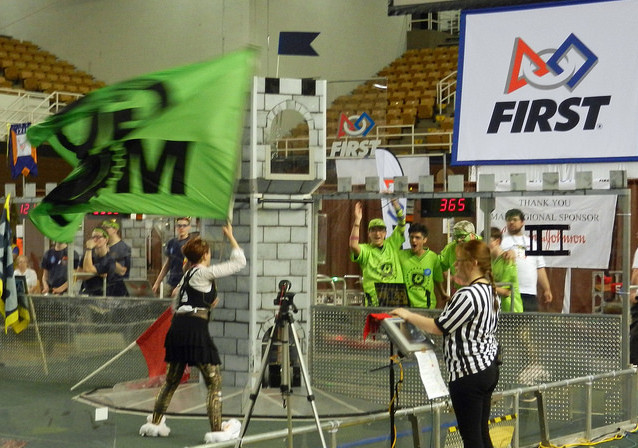 Wednesday night, MOE packed up the truck and left for Lehigh University! We are now on the second day of qualification  matches. Everyone is working hard and all the teams are working together to put up a good fight. Having fun as always! GO MOE! 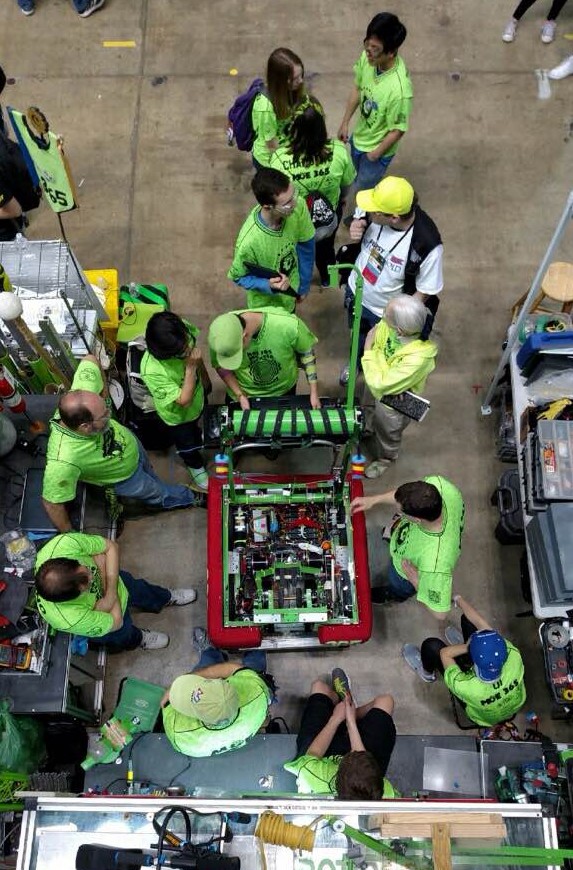 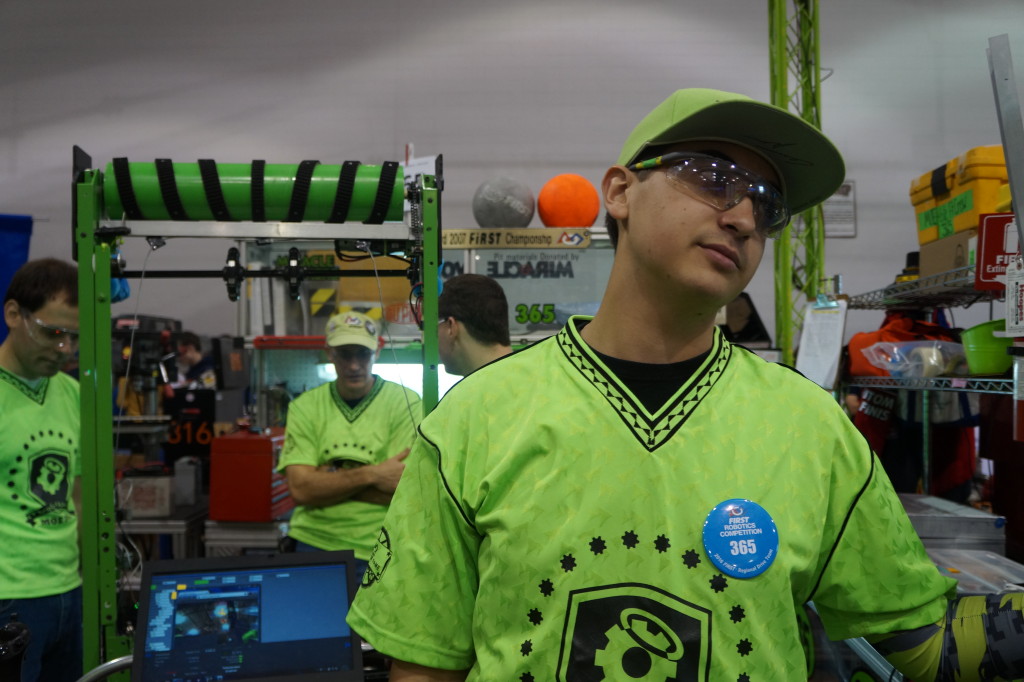 Here’s more about Josh from his Dean’s list nomination:

[Josh] has proven to be a strong leader in many areas on the team, as a member of student
council, as a veteran member of the mechanical subteam, and as a leader on the MOEbile Pit team. When asked to take on a new task, such as leading a subteam to build a specific part, he eagerly steps up to the challenge. He’ll learn what he needs to know and then effectively teach others. The mentors can give him an engineering drawing and trust that he will fabricate it orrectly with no other direction. Other students on the team are always asking him for help and guidance. He motivates them to complete their tasks by creating a sense of spirit and excitement. New students have said that he goes out of his way to make it comfortable for them.

His creativity in the lab is boundless. He designs specific parts for the robot, and amazes the mentors with his ideas on new and better, and most cost effective, ways to complete
something.

Josh began his involvement with FIRST in 3rd grade with JrFLL and has continued since them with FLL and FTC. On his FTC team he was a driver at the World Championships twice! There he learned the ideals of teamwork and gracious professionalism which he extended to other areas of life. He is a Boy Scout Life Scout and Senior Patrol Leader, and was twice recognized as a Carson Scholarship Recipient. His leadership is also shown by the fact that he is a two time Odyssey of the Mind State champion and a Section Leader in his high school’s marching band. All this while maintaining a high GPS (4.12)

Josh, along with MOE’s other team nominee, Arynn Hernandez, was interviewed during the Montgomery event last weekend. He is was one of four students selected at Montgomery:

Good luck to all the MAR semi-finalists! This weekend at the FIRST Mid-Atlantic District Championship at Lehigh University, Finalists will be chosen to move forward. Ten Dean’s List winners from all over the world will be named at the World Championship in St. Louis.

MOE 365 has qualified in points to attend the Lehigh championships! The team is busy preparing the robot to come back better than ever! The truck will head on up to Pennsylvania Wednesday. Having a great comp season so far, let’s keep the streak going! 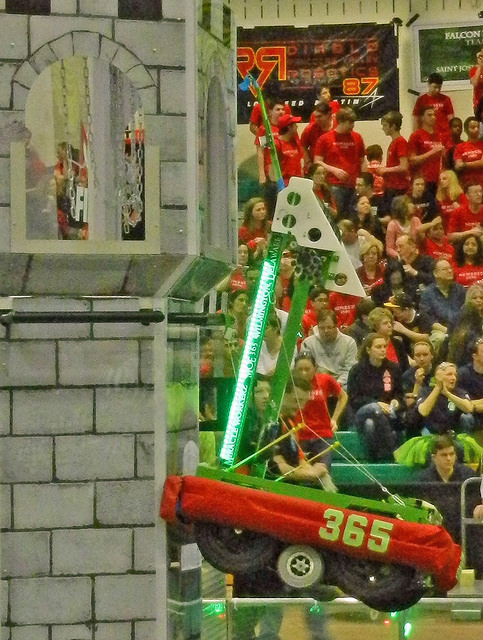